Vladislav Tretiak: "We have a lot of serious work ahead" 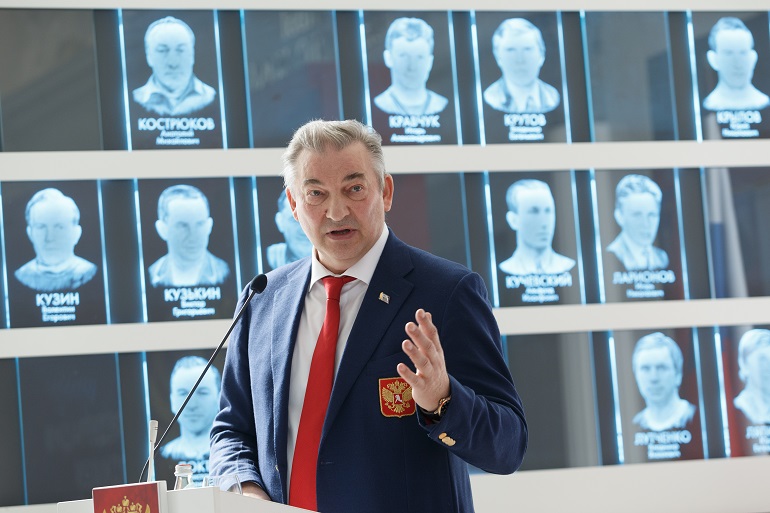 We managed to put together one of our most talented teams for quite some years. I would like to thank everyone for coming to the national team for this competition. Before the tournament started, the players became a united group, aiming towards achieving a positive result.

Overall, Russia played well, winning all matches in the group stages. Unfortunately, by losing one of 10 games, our team couldn't qualify for the final. Nevertheless, the players can't be accused of not trying their best, everyone contributed to the bronze medal triumph. I would like to thank the supporters for being with the team at the World Championship, the players noted the fantastic atmosphere and the amount of Russian flags inside the stadium.

We also claimed medals at the U20 and U18 tournaments. In January, the under 20 side claimed bronze, before the under 18 won silver at their respective World Championship. The under 17 national team won the Challenge Cup - the unofficial World Championship - too. These results show that, asides from the victories, we have plenty of work ahead of us in terms of developing youth ice hockey.

Another victory is the right to host the 2023 IIHF World Championship in Saint Petersburg. The Russian Ice Hockey Federation put together a great presentation at the IIHF Congress in Bratislava, and it was a unanimous decision.