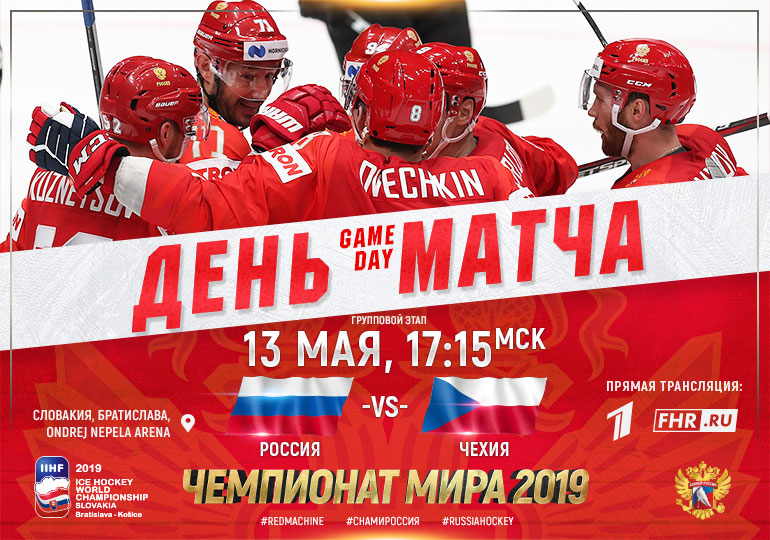 Main
On May 13, the senior Russian national team will take on the Czech Republic in the third match of the 2019 IIHF World Championship in Bratislava, Slovakia.

So far, Russia boast six points from a maximum sit, defeating Norway 5:2 on Friday and Austria 5:0 on Sunday afternoon. Yesterday, Evgeny Dadonov scored twice in the win over the Austrians, while Nikita Kucherov, Ivan Telegin and Ilya Kovalchuk also netted. Goalkeeper Alexander Georgiev stopped all 15 shots he faced to tally a well-deserved shutout.

For their part, the Czech Republic started with an impressive 5:2 victory against Sweden, before seeing off the challenge of Norway 7:2. "I don't think this will be the most important game for us," stated Czech boss Milos Riha. "Every match is important. However, it's always a fight against Russia, and we will analyse the recent Euro Hockey Tour fixture against them in Brno. If we stick to the tactical plan like we did against the Swedes, we will win."