Reaction after beating the Czech Republic in the Euro Hockey Tour 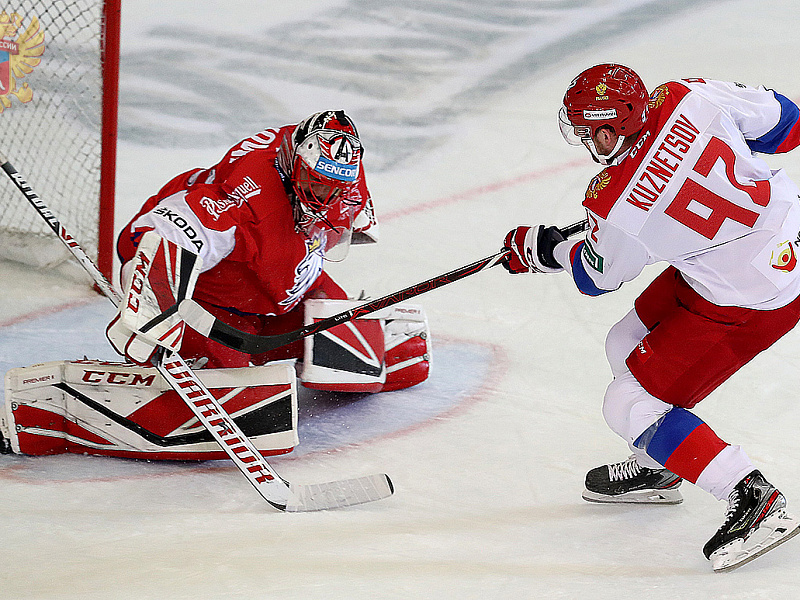 Main
After defeating the Czech Republic 4:1 in the concluding match of the 2018/2019 Euro Hockey Tour, senior Russian national team defenseman Dmitry Orlov and Evgeny Kuznetsov spoke with the media.

- I'm always in a good mood when we win. We feel relaxed now, but we have to prepare for a very serious competition. Evgeny Kuznetsov gave me a fantastic pass and he's capable of pulling off such assists. I simply had to hit the net. In comparison to the previous game, we kept the puck better and there were less turnovers. Nikita Zaitsev and myself have no problems playing together in one defensive partnership, we know each other well.

- It was an important match. In the game against Finland, we didn't play well, so we needed to put that right. In comparison to the past, the Czech Republic play more ice hockey instead of using such a physical style of game. The Czech fans? I thought they were quiet, they used to be louder. Today, all of our players worked hard and tracked back in defence.
#Национальная сборная #Еврохоккейтур
Last game
Sochi Hockey Open 2020
1 : 7
HC Sochi Olympic U20 team
Russia, Sochi, Shayba