Reaction after defeating Latvia at the Euro Hockey Challenge 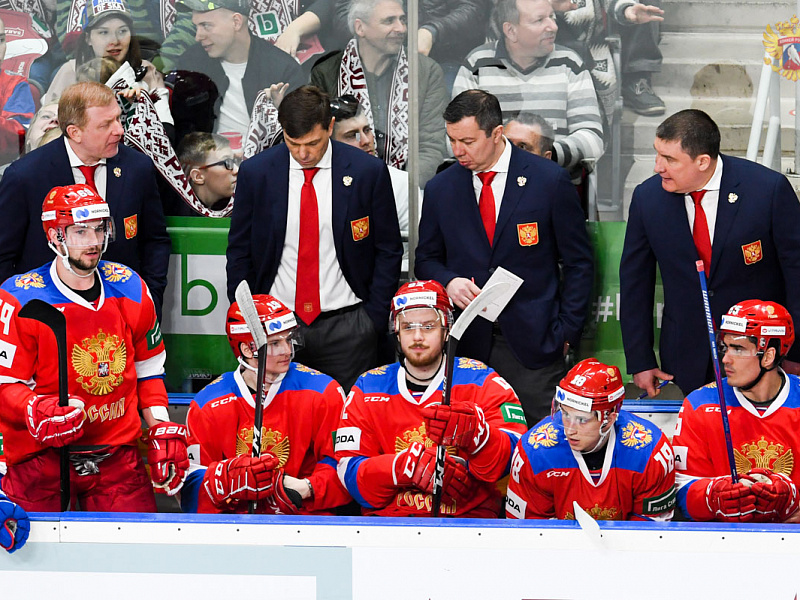 - It was a difficult start, in which we gifted the opponents two goals. Nevertheless, after that, the guys got it together and saved the game. We wanted to give Ilya Kovalchuk and Bogdan Kiselevich the chance to play on the bigger ice again. Bogdan was falling asleep towards the end as he only flew in yesterday.

- We played well, but at the same time, we committed slack mistakes. That's why we conceded twice. I only arrived back in Russia on Monday, I need time to adapt to the time difference. I wanted to play against Latvia in order to help this process. Bogdan Kiselevich flew 17 hours to be here with three changes! The Latvian goalkeeper was solid. Playing on the penalty kill? I've competed shorthanded before, this is a part of every player's job.

- During the opening moments, we made big mistakes, but we managed to improve. We showed our character. We will draw conclusions and move on.
#Национальная сборная #Ковальчук Илья Валерьевич #Киселевич Богдан Александрович #Еврочеллендж #Воробьёв Илья Петрович
Last game
Karjala Cup
0 : 3
Czech Republic Russia