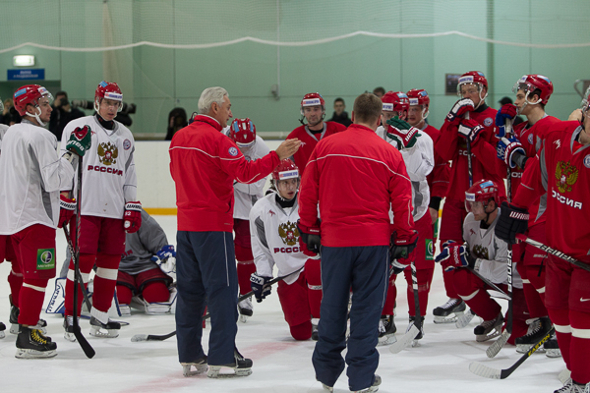 Work session was held in intensive way, players quite seriously treated the goals that stood for them. After that Zinetula Bilyaletdinov and hockey players answered numerous journalists’ questions.

Today team in this line-up is going to Helsinki where on Thursday holds the first game against tournament hosts – Suomi hockey players.