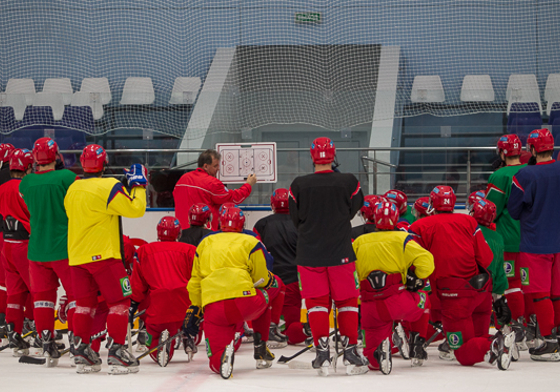 Opened training in advance of the Four Nations Tournament  was held at “Novogorsk” training base.

After ice training Head Coach Mikhail Varnakov talked on importance of the forthcoming tournament in terms of candidates reviewing  for December World Championship in Sweden.

- Now there appeared many players whom we want to see in action. Unfortunately, not all the guys will be able to come to Canada to participate in the Subway Super Series in order to show themselves in games, so we will watch them here in games with European Teams.

Federation
Coaching staffs of Russian national teams
The Russian Ice Hockey Federation can reveal the coaching staffs of the national teams for the 2020/2021 season.
Main
90th anniversary of Viktor Tikhonov's birthday
June 4th marks the 90th anniversary of Viktor Tikhonov's birthday, a legendary ice hockey figure who won more titles than any other coach in the world.
Main
Main