Interviews after defeating the USA at the Winter Universiade 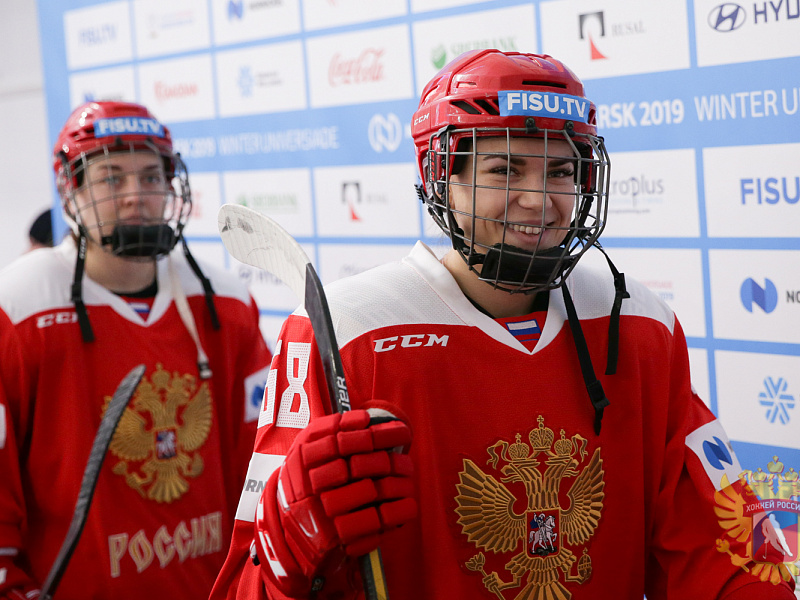 - We scored beautiful goals, and overall, a lot of our players played at a really high level. So far, this has been our best match at the competition. Yes, we have thrashed our opponents in all of our matches, but the girls aren't becoming over-confident. We are now preparing to play Canada.

- This was the first time when I scored four goals in one match for the Russian national team. To be honest, I thought this match would be tighter, but now we have to be ready to take on the Canadians. We're preparing for more serious matches. I think it will be interesting playing against Canada in the upcoming game.

- Thank you to my teammates for helping me score two goals. We really want to continue playing so well and we'll give everything we have against the Canadians.
#Дергачева Елена Николаевна #Штарева Алевтина Павловна #Chistyakov Alexei #XXIX Winter Universiade
Last game
WHL Open 2021
2 : 3
Women U18 China W
Russia, Sochi, Iceberg