Interviews after beating China at the 2019 Winter Universiade 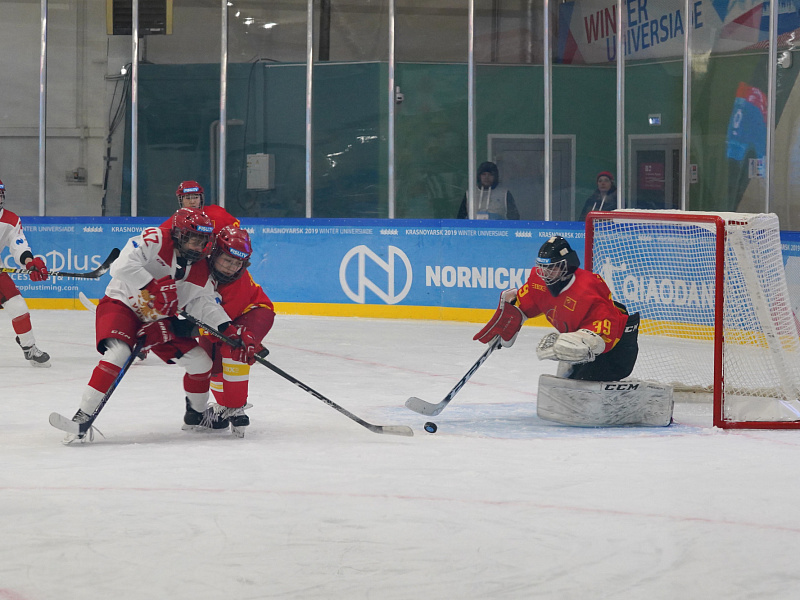 - Despite the large score, there were things which require improvement. When leading by 6-7 goals, did I think of protecting the players? No. We always want the girls to play at the best of their abilities against any opponent. We should have scored more goals with the opportunities which were presented to us. We played according as to how the opponents allowed us to. Japan defeated the USA? They have a mobile team, but we want to beat them and finish in first place of our group.

- Ir's not surprising that we won by such a large scoreline, China don't have the strongest team at this tournament. The opponents will become stronger as the competition progresses. Tomorrow, we will take on Japan, and we understand that they're a lot stronger than the Chinese. We want to prove that we're the better team.
#Chistyakov Alexei #Братищева Оксана Александровна #XXIX Winter Universiade
Last game
Sochi Hockey Open 2020
1 : 7
HC Sochi Olympic U20 team
Russia, Sochi, Shayba