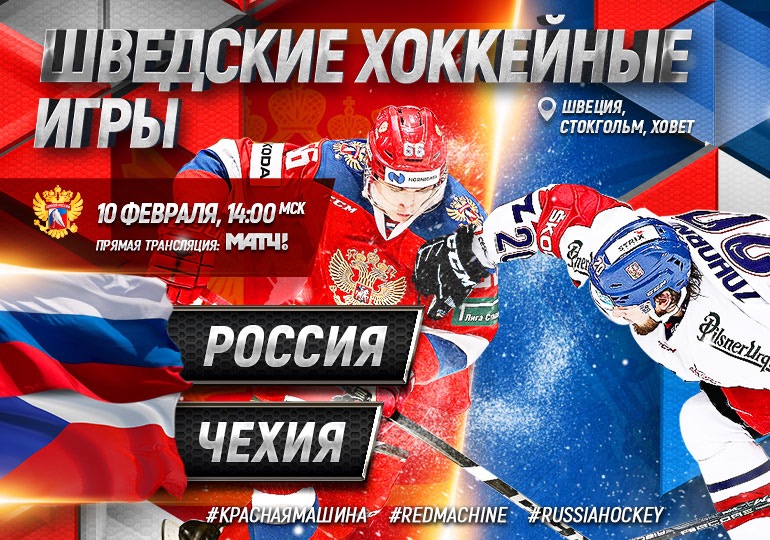 Federation
On Sunday, the senior Russian national team will play the Czech Republic in the concluding match of the third stage of the 2018/2019 Euro Hockey Tour.

In the first match in Yaroslavl, Russia defeated Finland 3:2 on penalty shots, however our players then conceded a 2:3 defeat to Sweden in Stockholm on Saturday afternoon.

For their part, the Czechs beat the Swedes 5:2, before seeing off the challenge of Finland 3:1 yesterday.

So far, these two teams have met twice in the 2018/2019 Euro Hockey Tour, with Russia losing 2:5 in Helsinki and winning 7:2 at the Channel One Cup in Moscow.