Reaction after beating Switzerland at the 2019 World W18 Championship 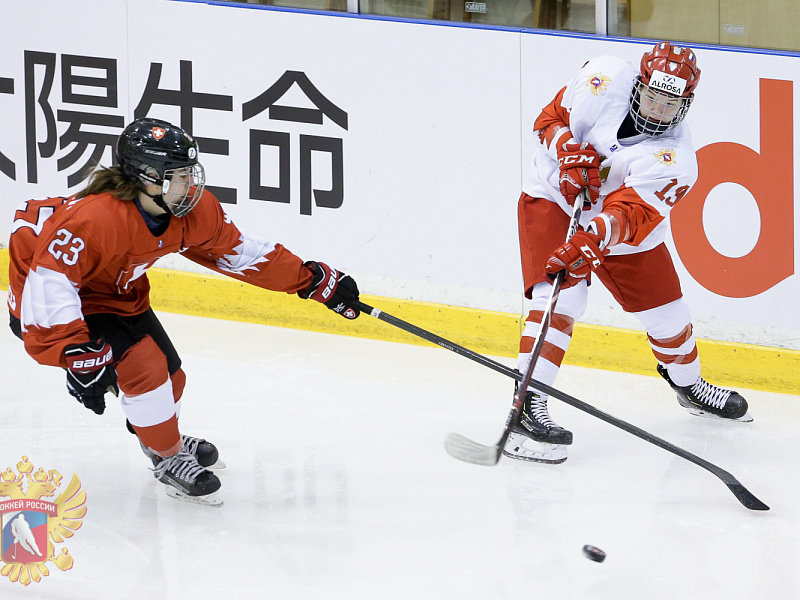 - During the entire game, we boasted an advantage, but we failed to use the chances which fell our way. The opponents deserve credit, they have an organised team and an excellent goalkeeper, and it was difficult to break through their defence. However, given how many opportunities we had, we should have won this match comfortably. We had enough chances for two games. Now, we will rest, analyse the Canadians and prepare to take them on. We're not afraid of playing against Canada, we will do our best to win.

- I wouldn't have become the best player of the match without my teammates. At times, I managed to play excellently today, I saved some difficult Swiss shots. I felt nervous during the penalty shootout, but we knew that we had to win, and we should have won the game earlier. The conceded goal? My view was blocked. I saw the puck at the last second, but it was too late and I didn't manage to stop it. We have to attempt more shots against Canada.

- We were found lacking in front of goal today. In the end, it turned out to be a very dangerous game. We have to prepare well for Canada, this match is already in the past, and now the semi-finals are ahead of us. We need to show our potential against the Canadians.
#Женская молодежная сборная #Проворова Елена Андреевна #Бобарико Евгений Викторович
Last game
World Junior Championship 2021
4 : 1
Finland U20 U20