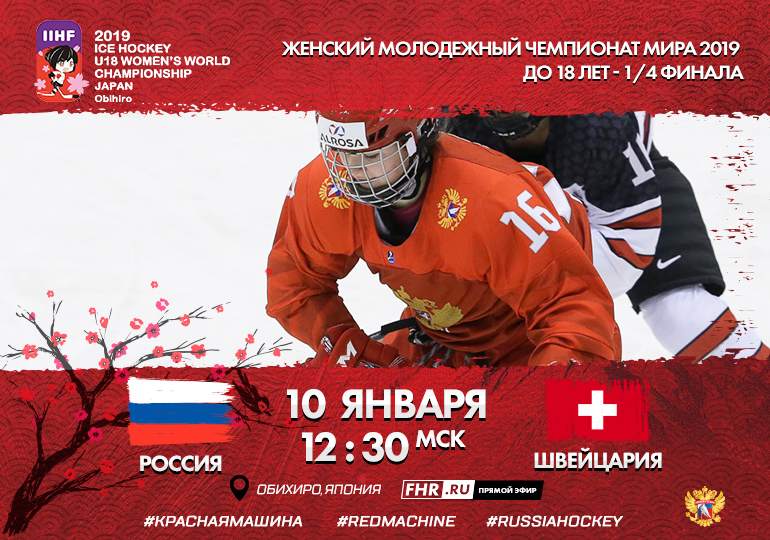 Main
In the quarter-finals of the 2019 IIHF World W18 Championship in Japan, the under 18 Russian women's national team will take on Switzerland.

The Russians competed in Group A, defeating Sweden 5:3 while losing 2:3 to the USA and 1:5 to Canada. As a result, the team finished in second place, dropping into the quarter-final phase to play the second best team of Group B.

Switzerland claimed second position of Group B with wins against the Czech Republic (1:0) and Japan (2:1). The Swiss' only defeat was a 2:4 setback to Finland.