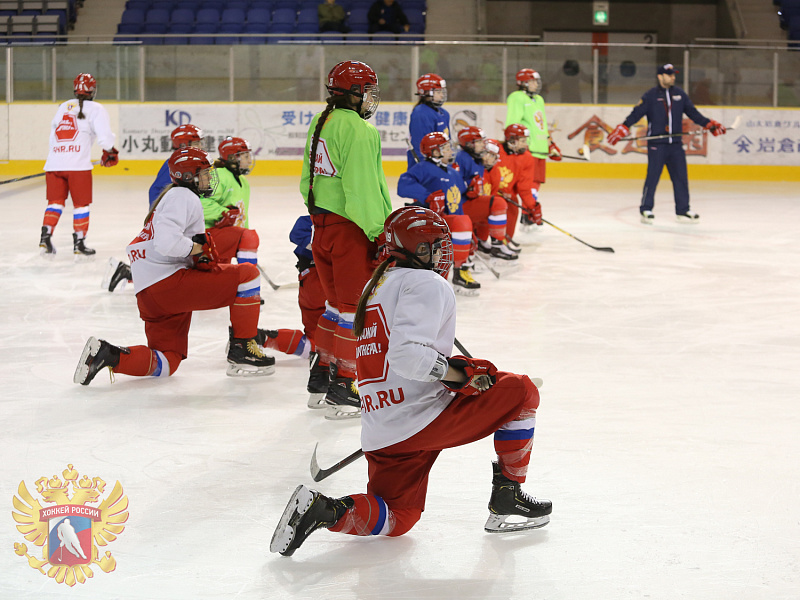 Main
In Japan, where the under 18 Russian women's national team are preparing for the upcoming 2019 World W18 Championship, forward Vita Ponyatovskaya shared her opinions on the training camp:

"This is my second World Championship, but at first, there was doubt whether I would be able to travel here. Nevertheless, in the end, I am happy to be here. After spending a few days here, we've fully adapted to the time difference, when we initially arrived it felt strange to train when I wanted to sleep. In my opinion, the USA, Canada and Sweden will be our biggest opponents, they all like to play ice hockey at a fast tempo. We can't wait for the competition to begin!

During the past four months, I have been studying and training in Canada. In comparison to Russia, the culture is very different: for example, in Canada a stranger can walk by you in the street and give you a smile. That doesn't happen in Russia. Here, in Japan, everything is very unique, but we're staying in a small town and there's barely any people here."

On January 3, the team will play Japan, before another friendly with Canada a day later. The 2019 World W18 Championship will begin on January 6 with a match against the Americans.
#Женская молодежная сборная #Понятовская Вита Константиновна
Last game
Sochi Hockey Open 2020
1 : 7
HC Sochi Olympic U20 team
Russia, Sochi, Shayba