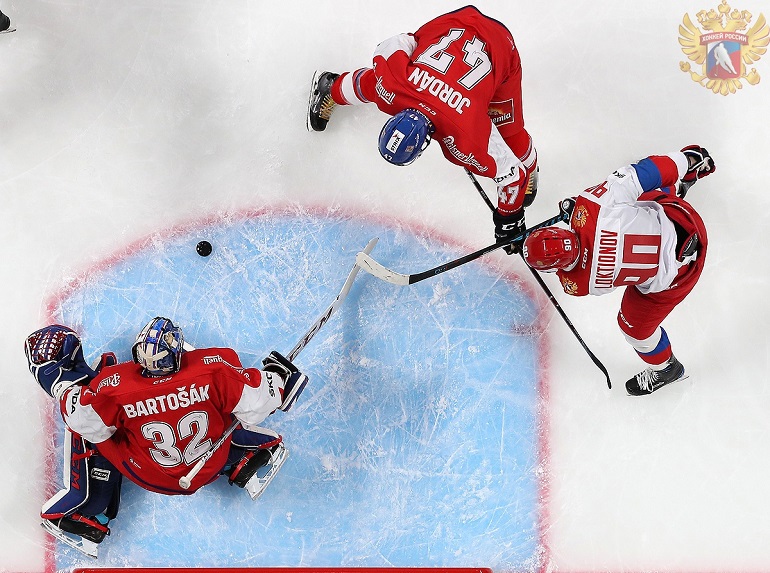 Federation
On December 15, the senior Russian national team will take on the Czech Republic in the second match of the 2018 Channel One Cup at the Legends Park in Moscow.

In the first game, Russia found themselves down 0:2 to Sweden, but Mikhail Grigorenko and Vladislav Gavrikov equalised to take the match into overtime. Thanks to some superb saves from goalkeeper Ilya Sorokin, our players prevented Sweden from capitalising on two powerplays in the extra frame, and Mikhail Grigorenko then scored the winner in the ensuing penalty shootout to seal a 3:2 triumph.

The Czech Republic also made a winning start to the second stage of the 2018/2019 Euro Hockey Tour, making a dramatic comeback from 0:3 down to defeat Finland 4:3 in a penalty shootout in Tampere. Michal Bulir, Radan Lenc and Tomas Kundratek struck the goals in regulation time and forward Dominik Kubalik netted the crucial penalty.