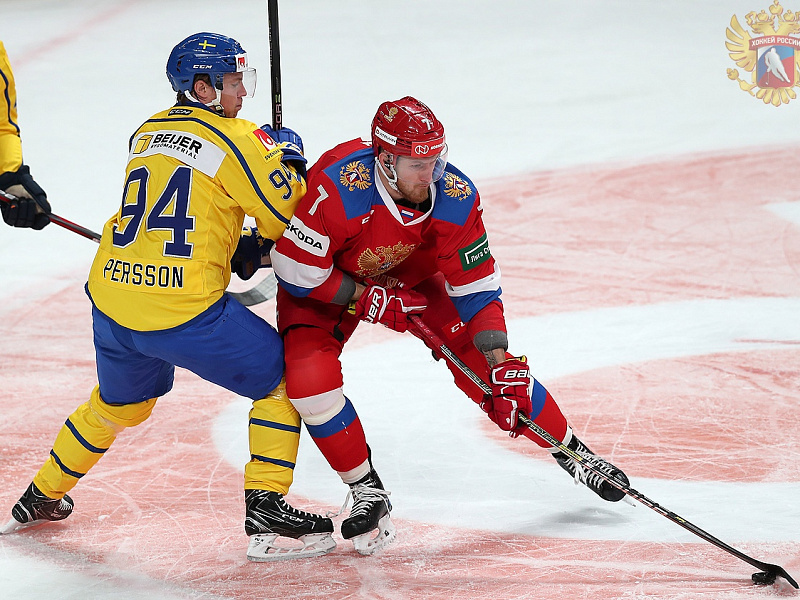 Federation
On December 13, the senior Russian national team will take on Sweden in the first match of the 2018 Channel One Cup at the Legends Park in Moscow.

Yesterday, ahead of this match against the Swedes, the players trained in these following lines:

In the past two consecutive seasons, Sweden have won the IIHF World Championship, however Russia beat them at the 2018 Karjala Cup in Finland 4:1 with goals from Andrei Kuzmenko (2), Evgeny Ketov and Andrei Loktionov. Igor Shestyorkin and Magnus Hellberg, who both play for SKA Saint Petersburg in the KHL, were the goalkeepers in that particular game.