Presentation of the Red Machine National Development Program in Sochi 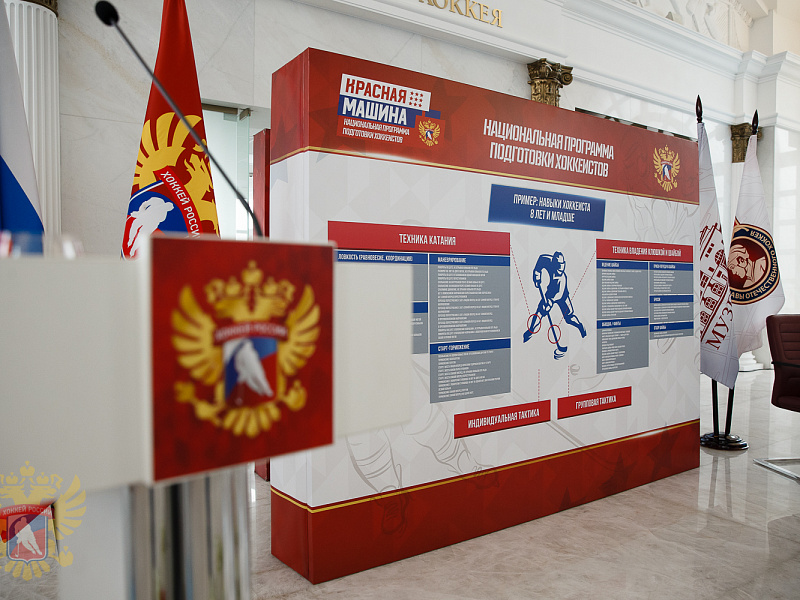 Federation
On August 6, the Red Machine National Development Program will be presented at the Sirius Educational Centre in Sochi.

Head of the Russian national team's management group and the Russian Ice Hockey Federation's first vice-president Roman Rotenberg, honoured USSR/Russian ice hockey coach and member of the RIHF board Vladimir Yurzinov and the Russian national tean's coaching staff will speak in front of coaches and players fr om junior teams from the southern federal region. The speakers will talk about the philosophy and key principles of the Red Machine National Development Program, will present plans for the future, show the presentation's participants the plan of introducing the plan to the country's ice hockey schools and the creation of a mobile application. Senior national team coaches Ilya Vorobyov, Alexei Kudashov and Anvar Gatiyatullin will provide video lessons which will display using techniques learned from exercises in the national program in international matches.

The Red Machine National Development Program was first presented on March 13, 2018 at the Ice Hockey Museum in Moscow. The program includes tools which open a new philosophy of training for young players and methodical literature for coaches of children's ice hockey schools. In the literature provided, there are basic ice hockey skating drills, technicalities of controlling the puck, theory lessons, tactics, methods for physical training and nutrition. Each literature series fits a certain age group between 6 and 18 and all development methods mentioned have been developed according to age and the player's philosophy. The Red Machine National Development Program was certified by the Ministry of Sport.

In accordance with the program, an international practical conference was held in Kazan wh ere a memorandum was signed by the Russian Ice Hockey Federation and Ak Bars Kazan. The national program has already been introduced in Tatarstan and the north west region. During the course of the season, it will be rolled out over the entire country and children in ice hockey schools will training according to the program's concepts.

When the presentation finishes, a video tutorial will be extensively distributed across all Russian Federation regions and subjects.
Last game
Турнир пяти наций
4 : 0
U17 USA
Russia, Ufa, Ufa-Arena