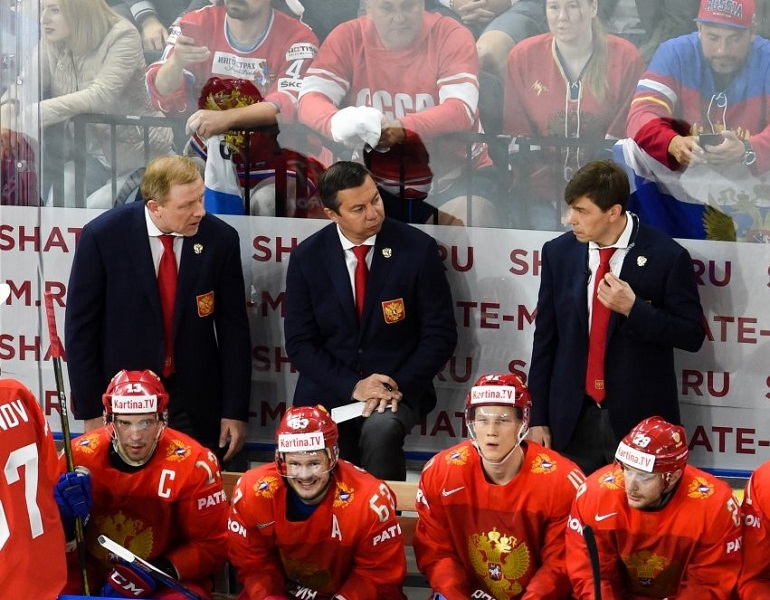 - We had chances, but the opponents were fresher when presented with goalscoring opportunities. Have we made a decision about our starting goaltender for the World Championship quarter-final? No, not yet. If we would have scored a second goal immediately after the first, this game could have been different. Maxim Mamin won't play again at this competition. Our problem with second periods here is because the guys are lacking experience, this is the first World Championship for a lot of them. On the powerplay, we need more movement. Nevertheless, the Swedes played well. Canada? Our scout has watched two of their matches, he has all of the information which we need.