Ilya Vorobyov: "With the injuries, the guys were lacking experience" 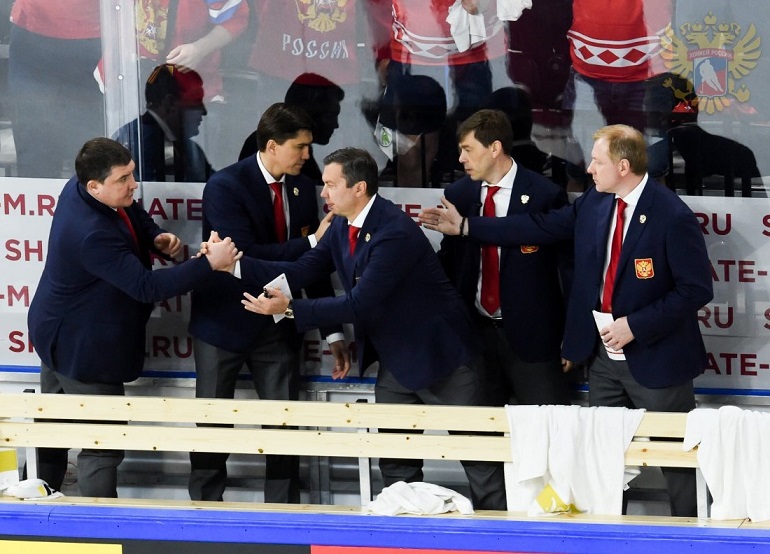 - Kirill Kaprizov has a bruise, hopefully he will be fine. The doctors are looking at Maxim Mamin. I wouldn't say that we weren't prepared for the Slovaks to compete in an aggressive manner, but maybe we were lacking experience in the moments where injuries were taken. When leading 2:0, maybe our forwards didn't need to battle so hard in attack, it might have been better to hold back. In the second period, Slovakia already didn't have anything to lose and they threw bodies forwards, we also have to improve our shift changes.

Igor Shestyorkin didn't concede any goals? Great, we're happy for him. Vasily Koshechkin will play against Sweden. Will we play defensively against the Swedes? You'll see.

Maxim Shalunov improved in the centre as time rolled on. Sergei Andronov didn't feel great today, but hopefully he will be better tomorrow. Why are we passing a lot on the powerplay? We have two concepts for special teams. Our players are wearing Russia jerseys, they were born with a passing the puck mentality.