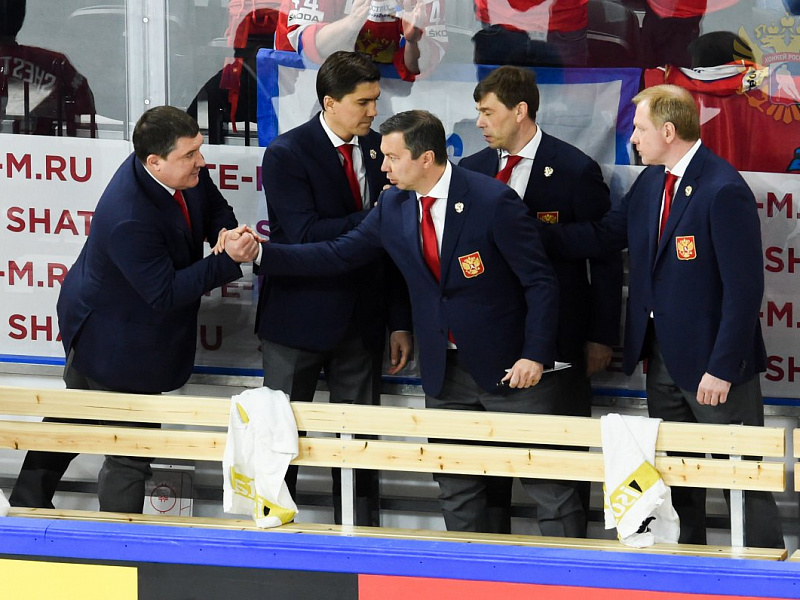 Main
Interim head coach of the Russian national team Ilya Vorobyov spoke following the 4:3 victory against Switzerland at the 2018 World Championship in Denmark.

- In any match, there are always moments which you're not satisfied with. We have a young team, and plenty of these players haven't competed at a World Championship before. I wouldn't say that we played passively, however we did struggle when breaking forward from defence. In order to move into the attacking zone, we need to have more speed. It's something which we're working on.

I am satisfied with Nikita Gusev's debut. Dinar Khafizullin? We'll see how he feels at tomorrow's training session before deciding whether to put him in the roster for the next match. Evgeny Dadonov played in the third line and managed to score a goal, so we are happy. Igor Shestyorkin will probably play in one of the two remaining group stage matches. Individual mistakes will go with experience.