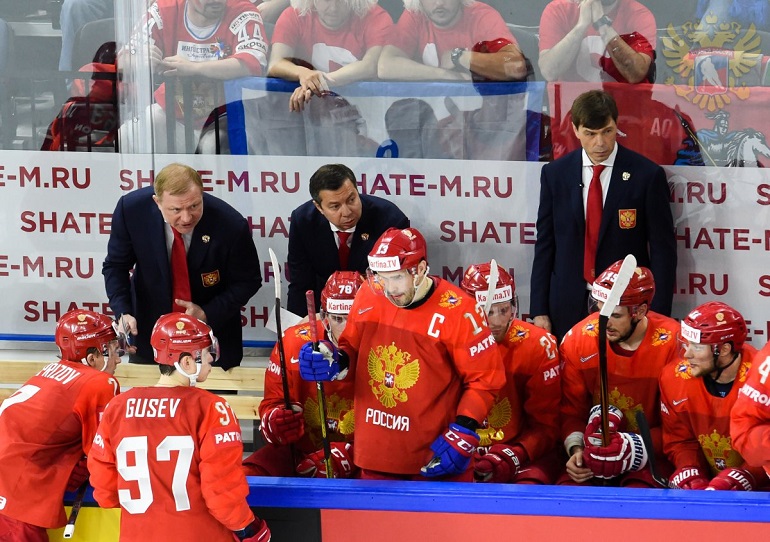 Main
Nikita Gusev, Yegor Yakovlev and Mikhail Grigorenko all spoke after playing Switzerland at the 2018 World Championship in Denmark.

- Switzerland were a good team to play against following a long break on the sidelines. However, it was hard to play in their zone, because they competed in a physical manner. My pass for the third goal? I often give Nikita Nesterov assists, it was the end of the period and something had to be done in those few seconds. The main thing for me was to become healthy again, the coaches decided that I should participate in the World Championship. I feel fine now.

- We were waiting for a good match against a strong opponent. My mistake for one of Switzerland's goals? Their player saw which play I wanted to make and he fooled me. At this level, such errors are always punished. Overall, the tempo was the same as in the game against the Czech Republic, but the Czech players are more talented. Alexei Bereglazov fitted into the team well.

- We knew that it would be a difficult match, Switzerland are a good team. They fought hard against the Czech Republic. My goal? I'm happy that I managed to score, but we could have performed better today. I enjoy playing with Evgeny Dadonov, he's one of our leading players. Nikita Gusev dishes out fantastic passes, he certainly helps us on the powerplay.