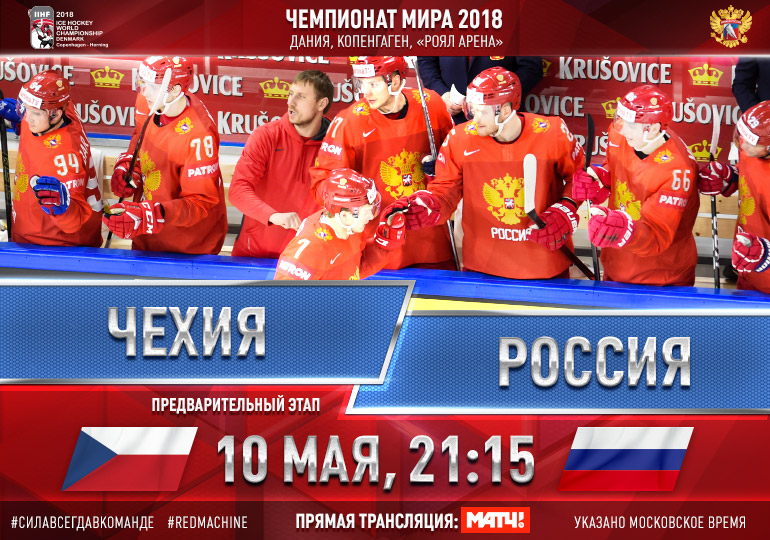 Main
In the fourth 2018 World Championship group stage match, the senior Russian national team will take on the Czech Republic in Denmark.

Russia have enjoyed a perfect tournament so far, thrashing France and Austria both by a score of 7:0 before scoring one goal less against Belarus, earning a 6:0 victory. Goalkeepers Vasily Koshechkin and Igor Shestyorkin are yet to concede a goal at the 2018 World Championship, however a tougher task awaits against the Czech Republic.

The Czechs have only taken four points at the competition so far, meaning that they languish in fourth position of Group A. They defeated Slovakia 4:3 in the first game, lost 2:3 to Sweden in the second and recently got the better of Switzerland 5:4 in a dramatic penalty shootout.