Interviews after beating Belarus at the 2018 World Championship 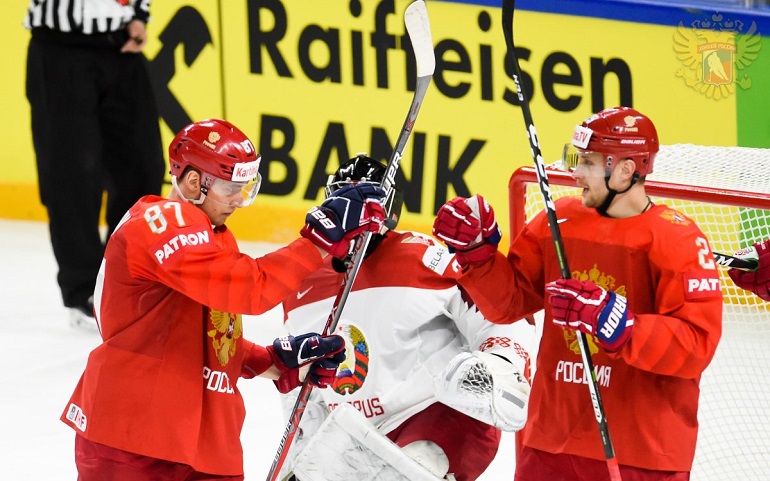 Main
Nikita Zaitsev, Vladislav Gavrikov and Maxim Shalunov spoke to the media following the 7:0 win against Belarus at the 2018 World Championship in Denmark.

- We played well, with discipline. We will begin preparations for future matches. Today, we felt more confident in ourselves and made the right decisions when in possession of the puck. However, we didn't start the match very well, it's something which requires discussion. Until the middle of the second period today, I was struggling with adapting to the different ice size. For me, there is too much space on the ice here, but I do feel more comfortable now. I am pleased that we competed in these opening three matches with discipline, we are all fighting for each other.

- In these games, we have learnt how to stick to the game plan in place. When you have an advantage, you need to keep on playing and not let up. Every match is more difficult than the previous one, the guys understand the situation we're in. If we do the right things on the ice, we will achieve the required results.

- Just like 7:0, 6:0 is a nice scoreline. We weren't disappointed that we didn't score a seventh. My personal performance? Alexander Barabanov gave me a pass next to an empty net and it's good that I am on the powerplay unit. Pavel Datsyuk is an ice hockey phenomenon, it's great to be in the same team as him. The coaches will make sure that we keep in shape before the next match on Thursday.