Reaction following the win against Austria at the 2018 World Championship 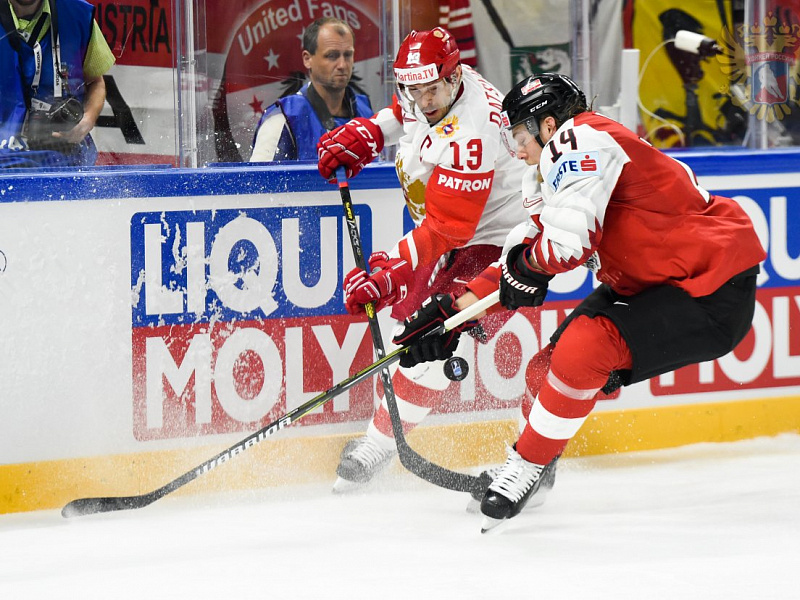 - When all players sing by the same hymn sheet, we achieve the required result. At the World Championship, there are a lot of matches and some aren't against the strongest opponents, but those teams want to improve their skills with the bigger clubs. I think it was an interesting game against Austria, you try not to make mistakes because you know the opponents have lots of motivation to beat you. It's good that we scored some quick goals, the game became calmer and we played with confidence. Counterattacks will be our weapon against strong teams? It depends on how the opponents compete.

- In these games, we don't think about the opponents, we need to play well ourselves and put together nice combination plays. Do we have a problem with our focus when playing weak teams? This is the World Championship, there are no weak teams here. We give 100% in every game. Austria started the match aggressively, but after Vasily Koshechkin made some important saves, we began scoring goals. We will try to win against Belarus tomorrow and play our style of ice hockey. During the KHL Gagarin Cup playoffs we played four matches in five days, so we don't have a problem with the schedule here. The second period was a bit better today than on Friday.

- It would be great to win 7:0 in every match, but now we need to forget these results and move on. In the first period, we managed to score quick goals to avoid problems later on in the game. Tomorrow, we will analyse the video and see what needs to be improved. We won't change our prepration for the match against Belarus.

- We would love to win 7:0 all of the time, it was a good game today and things went our way after scoring three early goals. I wouldn't say that the opponents so far at the World Championship have been weak, we're simply managing to perform well. There's a good atmosphere here.