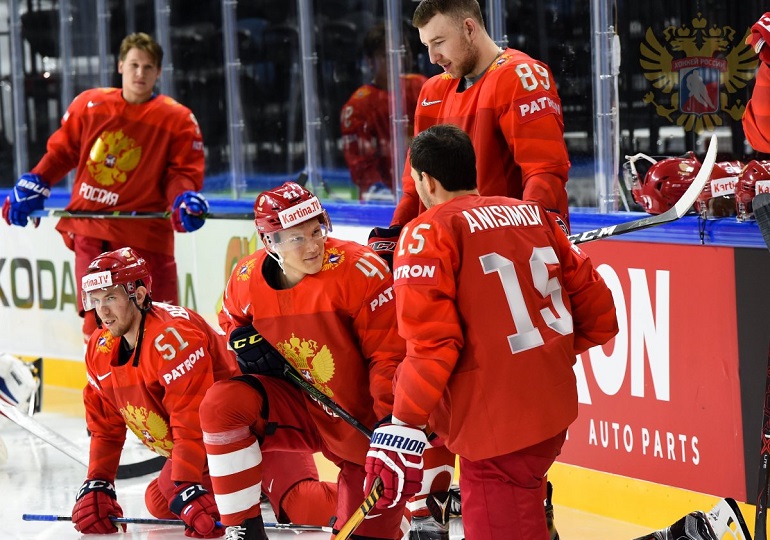 - The arena is excellent, the ice is great and the dressing rooms are nice too, I think that the stadium will be full tomorrow. In the previous match, I was tired after playing two consecutive games upon arrival from North America, but now I've got used to the time difference. You always have nerves before every tournament and match, you have to be focused and play your game. Am I upset that Artemiy Panarin didn't travel here? Yes, but what can we do? Maybe we'll be able together in the future again. All of the players in my line have the same height, we understand each other well. I remember that match against France in 2013, but on that day, we simply didn't take advantage of our opportunities. At this level, everyone is capable of scoring goals, you have to be careful in defence.

- I feel good, the weather is great in Denmark and we've settled in well. This is my first World Championship, so I have special feelings and I want to show what I'm capable of. I have been in Europe for almost a month now, so I've got used to the time difference. My teammate Mika Zibanejad plays for Sweden? Hopefully, I will have a chance to say hello to him in the final group stage match. There are no weak opponents here, all teams are good at the World Championship. I only know about the French football team, and not the ice hockey side, however I have heard of Stephane Da Costa.

- It's always nice to play for the national team, the facilities here are great. Do I like the prices in Denmark? I haven't moved out from the hotel because of them! If I'm serious, then we simply haven't had the opportunity to go out walking, maybe we will when there's a day off. I wouldn't say that France have a weak team, we have to take it game by game and not get ahead of ourselves. It's nice that there are a lot of players from the Olympic winning team, we all know each other. However, others will participate at the World Championship for the first time in their careers. After the KHL, I had time to rest and get in shape again. I can't say that I'm an experienced player, only Pavel Datsyuk has the right to call himself experienced! I understand what head coach Ilya Vorobyov demands from the team, all coaches have their own tactics and style of game.