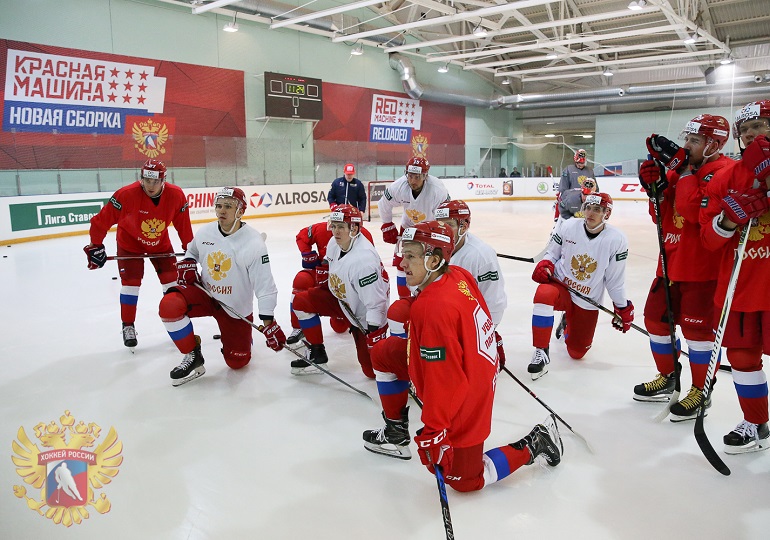 - Will the lack of CSKA Moscow players have an affect on the team's play? I don't know, a difficult season has just finished and plenty of players are nursing injuries. After the KHL Gagarin Cup final, we managed to have a short rest and time to gather emotions and re-group. It was tough at the Euro Hockey Tour because the campaign had just finished, but we're now starting to forget about the KHL. I know that the other teams will also have quality players.

- I feel good before the World Championship, I still have emotions left inside of me. There was time to rest after the KHL and prepare for this tournament. After the Olympic Games, I noticed that I gained more fans, the majority of them are girls and young ice hockey lovers. I find it interesting to follow what they're saying about me. It's an honour to play in one line with Pavel Datsyuk, but any player in this team can play with one another, I let the coaches make the decisions. The coaches will tell me where I need to improve, you always have to keep developing. I haven't been to Denmark, however our job is to play ice hockey, and not go sightseeing. There are differences between Ilya Vorobyov and Oleg Znarok, they are different people. If I go to the World Championship, my parents will come to support me.

- In comparison to the past, the team has become younger and faster. We're hungry for success. Everyone has a dream to win the Olympic Games and World Championship, you always play to win no matter which competition you're competing in. Hopefully, at the World Championship, we will make the right steps in order to win. This team has a mix of youth and experience, I think that we have a good chance of being successful at the competition in Denmark. To be honest, I haven't looked at our schedule for the group stages, however I know that we will have easier opponents in the opening three matches than later on. Nevertheless, there are no weak teams at the World Championship. The main thing is to play aggressively and not make mistakes.

- I didn't have many emotions when the KHL ended, but now I think they will come back when I feel the atmosphere at the upcoming World Championship. It's nothing new working with Ilya Vorobyov, he was a part of the coaching team beforehand. Do the team's recent results worry me? When you have young players who want to win, mistakes are going to be made, these things happen. However, we have great coaches who will help them improve. I have a new role within the team and I have to lead by example both on and off the ice. I do feel tired, but it's dangerous when you feel perfect, it can sometimes work against you. All of us have to prove our worth in this team after being given a chance. It would have been more interesting and fun with Ilya Kovalchuk here, but fate worked this way. I went to Denmark for my first overseas trip with my youth team, I have nice memories about the country. I really wanted to go back there, and hopefully I will on a few occasions.