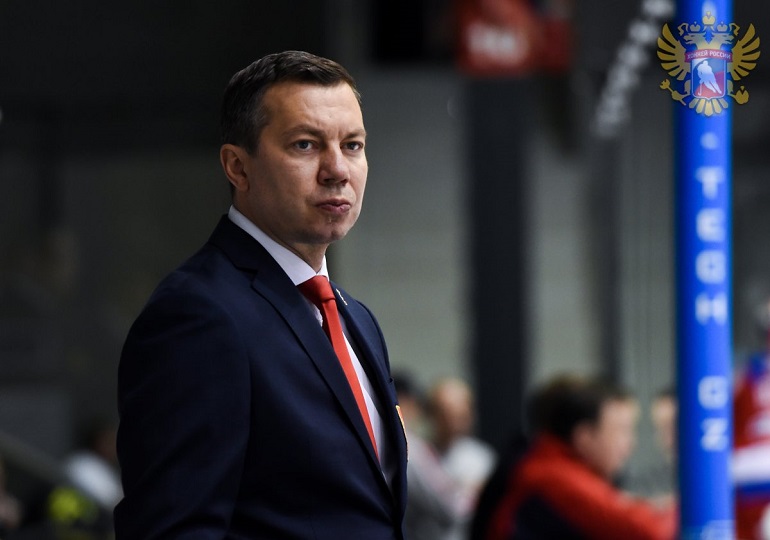 - Our overall performance was fine, but we can't expect to win if we don't take advantage of our goalscoring opportunities. Tiredness and nerves? Everything had a role to play. Some are tired because they hadn't skated for a while and only had a couple of training sessions with us.

- Who impressed you today?

- Our line combinations were experimental. We haven't seen some of these players play at this level for a very long time because they play abroad.

- How did Vasily Koshechkin perform?

- Can Alexei Byvaltsev go to the World Championship?

- It's too early to speak about that, there is another Euro Hockey Tour stage coming. We will see how the players coming from the KHL Gagarin Cup final feel.

- Will Pavel Datsyuk travel to Sweden?

- He is sticking to his own program. When we return, we'll find out how he feels.

- Which players from this roster will play the Swedish tournament of the Euro Hockey Tour?

- It depends on who joins us.

- Does it depend on the KHL Gagarin Cup final?

- And on the NHL Stanley Cup playoffs.

- Who are you waiting for from the NHL?