Interviews before the U18 World Championship 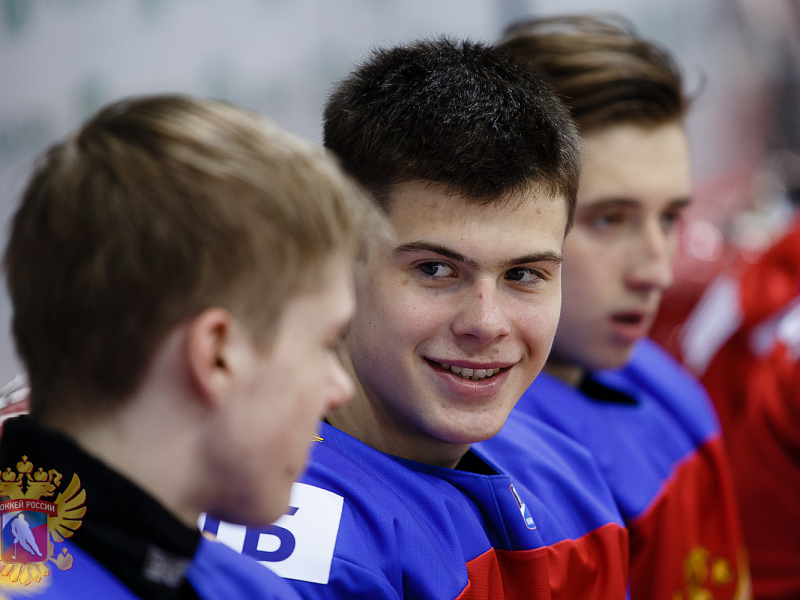 - Today's training session was focused on movement. After resting yesterday, the players worked harder and looked at special teams. We did everything which was planned. We know that the biggest group matches will be against Finland and the Czech Republic, but there are no weak opponents here. Poor teams do not compete at World Championships. Tomorrow we will reveal who is the starting goaltender.

- We have a great atmosphere within the team, everyone is training hard. It's been a long season, but I have energy left, especially with the tournament taking place in my hometown. All players are nervous before major matches. We gained in confidence after the friendly matches, all teams at the World Championship are strong.

- We played well in the friendly matches against Belarus and Sweden, earning victories in both games. Tomorrow, we will skate in the morning before the match. I don't know who will be the starting goaltender, we will be told tomorrow.

- The group all have a good mood ahead of tomorrow's match, we will give 100% against France. We cannot understimate the opponents. In today's training session, we worked on speed and competed at a high intensity.

- We have to give France respect tomorrow, all teams are level at the competition. I haven't seen them training, but I heard that the USA thrashed them 15:0. It would be good as hosts to score 20 or 25 against them. I scored against Sweden in a friendly match, but I know that I can play better.