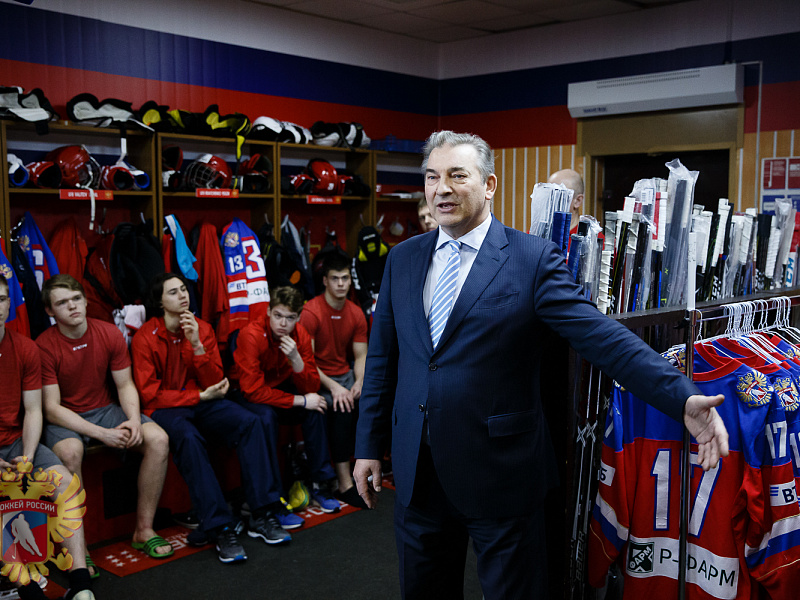 During his visit, Vladislav spoke to the under 18 Russian national team ahead of the upcoming 2018 World Championship which will take place in Chelyabinsk and Magnitogorsk. The RIHF president wished the players and coaches luck for the competition and to earn a medal.

Vladislav Tretiak also spoke to the Russian Olympic and women's national teams, wishing them success at their respective tournaments.