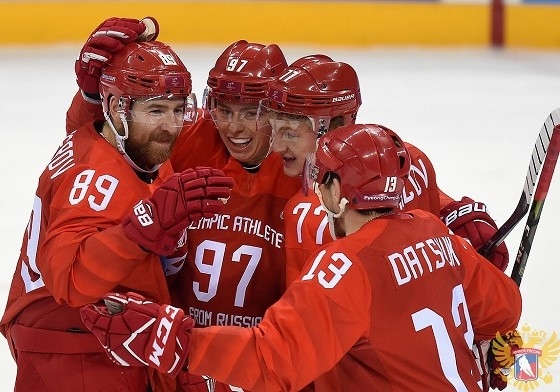 - Thank you for congratulating me with scoring, but it's not important who scores the goals, because anyone can score on our team. Maybe it looks as though it's an easy victory, but we were poor in the second period and gave the opponents the initiative. The Czech Republic? They have a good team, all of their players are experienced and play in the KHL.

- We wanted to start really well today, as Norway had lost a lot of energy yesterday. Our task was to shoot often and make the goalkeeper work. All teams are strong at the Olympic Games. We were focused on playing our best ice hockey, It's not important how much energy we put into this game, the main thing is that we got the right result. We can't play Canada in the quarter-finals every time. Nevertheless, we can play a lot better in defence, the guys who hadn't scored before got their goals today. The Czechs have a good team which finished in first place of their group, the coaches will show us how to play against them.