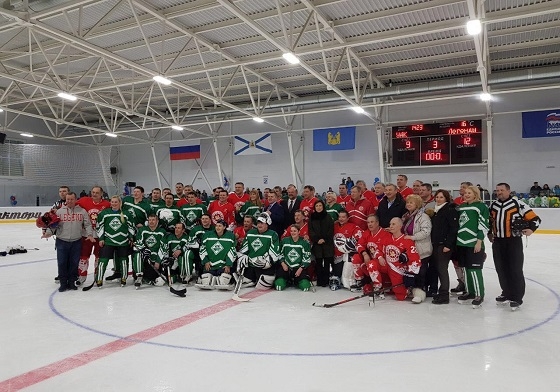 The area of the modern sports complex is four thousand square meters. It took just nine months to complete the project, and the complex possesses a rink with artificial ice, 370 spectator seats, dressing rooms for athletes, warm-up area, fitness-studio and a cafe. Soon, training sessions for youth and senior ice hockey teams will begin at the stadium.

After the ceremony's completion, Vladislav Tretiak met with Arkhangelsk Region governor Igor Orlov. According to the governor, two new ice rinks will be constructed in the near future.