Oleg Znarok: "There are no weak opponents at the Olympic Games" 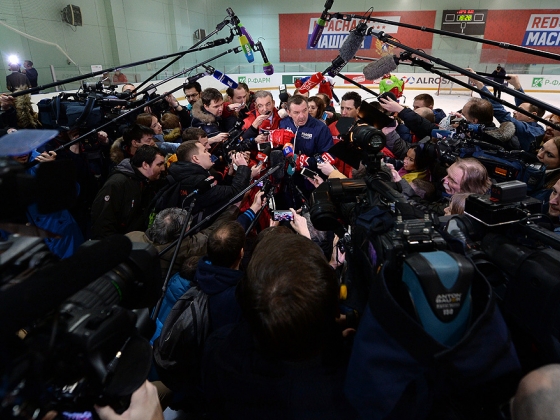 - The guys are sticking to the schedule.

- Who will be the Russian captain at the Olympic Games?

- Pavel Datsyuk. The assistant captains will be named tomorrow.

- He has a small injury, but we're hoping that he recovers in time.

- Will you miss Anton Belov, Valery Nichushkin and Sergei Plotnikov?

- Of course. It's a shame that this situation involves us.

- How is Pavel Datsyuk?

- I can't say what shape he is in. The first Olympic match takes place against Slovakia on February 14, there's a lot of time left.

- Which team is Russia's most dangerous opponent?

- Everyone. There are no weak opponents at the Olympic Games, you have to respect the other teams.

- What is the team's mindset?

- We've never had problems with the mindset. Our team ethic is in our blood.

- Have you told the players what they can and can't do at the Olympic Games?

- Not yet, but we will. The punishments are harsh.