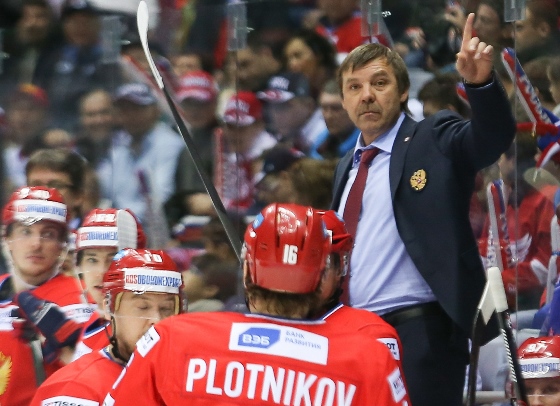 The Russian national team had coach Oleg Znarok is celebrating his birthday - today he turned 53 years old. The Russian Ice Hockey Federation wish Oleg a very happy birthday, and wish him health, happiness and more success on the ice with the team!

Was born on the 2nd of January 1963 in Ust-Katav, Chelyabinsk Region.

Finished his playing career in 2002. Worked as an assistant coach with the Latvian national team. Progressed to head coach between 2006 and 2011.

Was the head coach of HC Dynamo Moscow between 2010 and 2014, and won the KHL Gagarin Cup twice.

Became the head coach of the Russian national team on the 26th of March 2014, and has taken gold and silver medals from the 2014 and 2015 World Championships respectively.