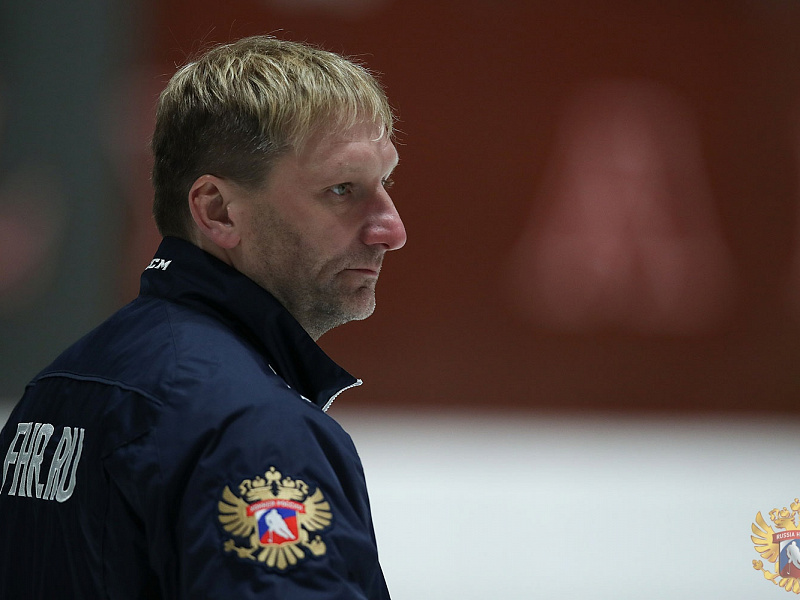 Soviet and Russian ice hockey player, an honoured Russian Master of Sports. Was born on the 13th of January 1973 in Sverdlovsk.

Nikolai became a 1992 Olympic champion with the Unified Team. He won the Stanley Cup with the Tampa Bay Lightning in 2004 (the first Russian goaltender to win that cup), and was a bronze medalist of the 2002 Olympic Games with Russia. He was also named the best goaltender of that tournament.

We congratulate Vyacheslav Starshinov!
On the 6th of May, honoured Soviet ice hockey player Vyacheslav Starshinov, who is a two-time Olympic champion, celebrates his birthday.
Federation
We congratulate Ivan Morozov!
On May 5, senior Russian national team and SKA Saint Petersburg forward Ivan Morozov celebrates his birthday.
Federation
We congratulate Yury Kraskovsky!
Yury Kraskovsky, the president of Liga Stavok, the official partner of the Russian Ice Hockey Federation and the senior Russian national team, celebrates his birthday on May 5.
Federation
The Red Machine National Development Program has been presented in the Volga Federal District
The Russian Ice Hockey Federation branch for Samara held a meeting among the managements of ice hockey schools in the Volga Federal District following the results of the 2020/2021 Volga Federal District championship.
Federation