A match in support of Fyodor Kanareykin will be held 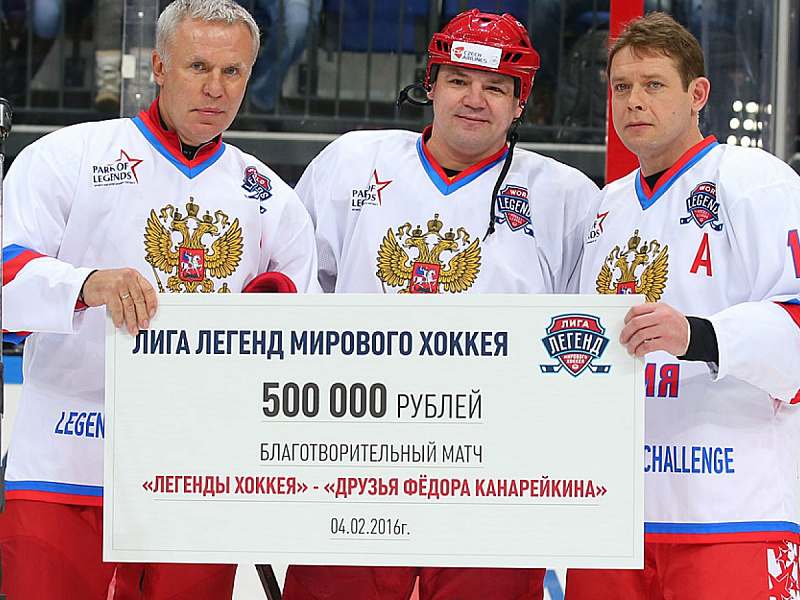 On the 4th of February inside the small ice rink of the Legends Park, a charity match will be held in aid of honoured Russian coach Fyodor Kanareykin between the "Hockey Legends" and "Friends of Fyodor Kanareykin" teams.

Recently, Fyodor was diagnosed with cancer. Several hockey clubs have been supporting Fyodor, as well as separate organisations, friends, colleagues and fans. Because of this support, Fyodor has begun expensive treatment in Germany.

The head of the KHL players union and a part of the Hockey Legends club Andrei Kovalenko:

- We are always in contact with Fyodor. The first part of the chemotherapy was undertaken on the 22nd of January, and he is grateful to all the support shown and for all the money donated. He has changed the money to Euros, and is paying for the treatment. We are hoping that this charity match on the 4th of February will help raise the needed fund to finish the first stage of his chemotherapy. We will continue helping him.

- As you know, one of our friends Pavel Kanareykin is not in good health. The decision has been taken, that the Legends League will donate 500 thousand rubles to his treatment.

- The Russian Ice Hockey Federation is carefully following Fyodor's state, and we are trying to give him the needed help.

This charity match will take place on the 4th of February at 18:30 local time. You will be able to pick up free tickets at the VTB Ice Palace on match day starting from 10 am, and all money raised will go towards Fyodor Kanareykin's treatment.

You can help him now too:

Direct speech
The U14 Vladislav Tretiak Cup. Day two
The U14 Vladislav Tretiak Cup is continuing in Perm.
Regional
Reaction following the final of the 2021 World U18 Championship
Following the final of the 2021 IIHF World U18 Championship against Canada (3:5), under 18 Russian national team head coach Albert Leshchyov and forwards Nikita Chibrikov and Matvei Michkov shared their feelings.
Main
In memory of Dmitry Boginov
May 7 marks the 103rd anniversary of Dmitry Boginov's birthday.
Federation