Participants of the Fyodor Kanareykin match have their say 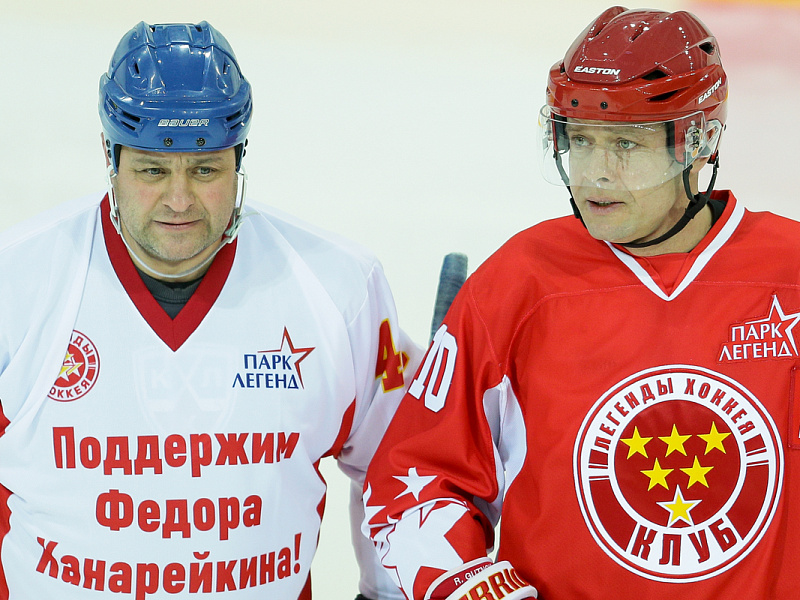 - Despite Fyodor being in such a tough situation, we all have a positive mood. I think that he can feel that he is not alone, and that the entire hockey world is with him. Our hockey family is very friendly, and everything will be fine.

- Fyodor is one of us, and there was no question about taking part in this game. If this match had not taken place, a lot of people would not have found out about his situation, as it hasn't been in the news. Fyodor is a part of our team, our club. He has always been a fun person. and played as a forward and shoots under the defencemen. We have no doubt that he will take to the ice again. He has enough character to come back here.

- We can see how people are supporting him, and our family have received a lot of words of supports. It's really nice. I spoke with my father today, and he said to say a big hello to all of the fans and match participants. I am sure that he will take to the ice again, and that everything will be fine.

- I am lucky enough to have played against Fyodor Kanareykin when I was 16 years old. He was a great player. After his playing career finished, he became a successful coach and has done a lot for our hockey. It's great that all the guys took part in today's match. I wish Fyodor health!

- I and Fyodor Kanareykin met on the 12th of September 1970 in the final of the "Golden Puck" tournament, and we won that tournament after beating Moscow. Since then we have always been near each other, and played together in the national youth team. He is one of those people who celebrated their 60th birthday last year, and was awarded for his honesty towards ice hockey. Such people like Fyodor deserve support, especially in such tough times.