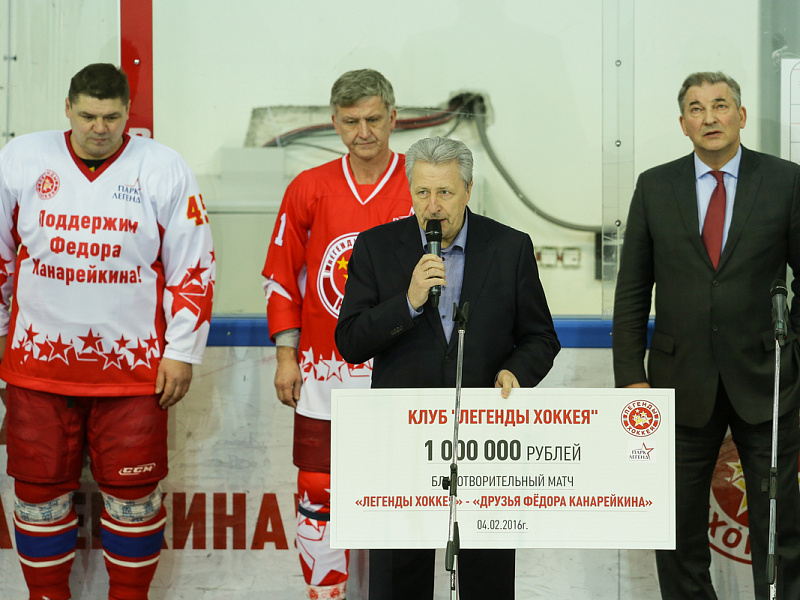 Inside the small Legends Park arena, a special charity match between separate hockey legends was held in support of Fyodor Kanareykin.

The match finished in a 7:7 draw. Fyodor is recieving treatment in Germany at the moment, however his son Leonid stated that his father is feeling the support even from a distance. More than four million rubles were raised as a result of this match.

- It's great that our hockey family has gathered in support of Fyodor. The Russian Ice Hockey Federation we're going to be left out.