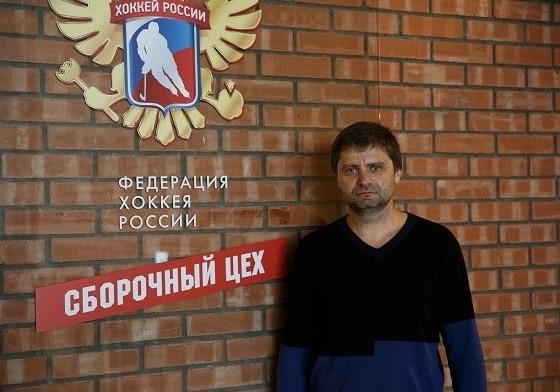 The new head coach of the junior Russian women's national team has been named as Evgeny Bobariko. His contract has been signed for one year.

His assistants will be Vladislav Prodan and Alexander Syrtsov.

- It's not every day that you recieve an opportunity to coach the junior Russian national team. It's an interesting position, however I do not feel the pressure. I have a lot of experience working with women's teams.

We will soon fly to the Czech Republic for three friendly games. The squad will be an experimental one, as the ZHHL clubs won't release their leading players. This will give some other girls the chance to prove themselves in the national side, and I can already see some candidates. Since I have been working in men's ice hockey, the women's game has improved greatly, and they skate well while being tactically knowledgable.

Russia should always play to win. We will try to reach Canada and America's level, and eventually beat them.

We congratulate Oleg Kupriyanov!
Federation
Alexander Gerasimov has passed away
1984 Olympic champion, Alexander Gerasimov, has passed away at the age of 61.
Federation
We congratulate Sergei Shoigu!
On the 21st of May, the Russian Defence Minister Sergei Shoigu celebrates his birthday.
Federation
The "League of Helping Sporting Veterans" has been set up
The "League of Helping Sporting Veterans" social program has been set up.
Federation