The U18 women's national team work-out before flying to Germany 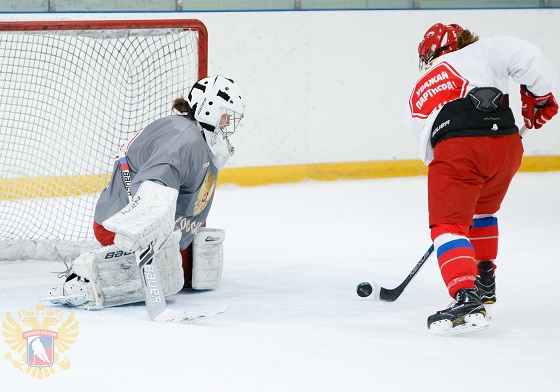 Before flying out to the Cup of German Unity in Germany, the under 18 Russian women's national team held their final training session. 22 players were included in head coach Evgeny Bobariko's squad:

- We have positive impressions from this training camp. All of the girls have been training with great desire, and today, some joined from their WHL clubs while others left for home.

In the Czech Republic, we experimented a bit, but here, things are different. However, this doesn't mean that all of the players are guarenteed to go to the World Championship, we will keep on watching WHL games and the youth championship. In this squad, there will only be players who give their all for the national teams and not for themselves. We want to play fast ice hockey, and the girls' understanding of the game pleases us.

After arrival in Germany, the team will play matches on the 16th, 17th and 18th of September.