Russia's under 18 women's national team have trained in Novogorsk 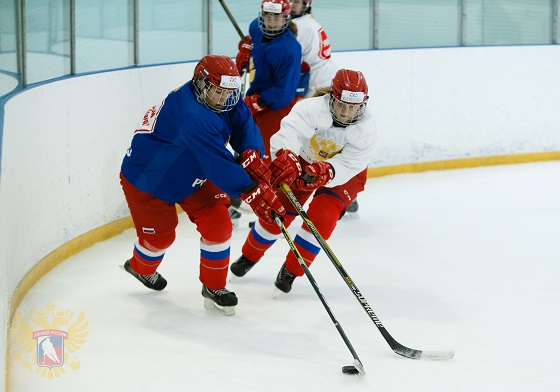 Ahead of friendly matches against Germany and Switzerland, the under 18 Russian women's national team have been training in Novogorsk. Afterwards, head coach Evgeny Bobariko decided on his roster which will take part in the games on the 6th and 8th of October:

- After competing in Germany two weeks ago, we're preparing to play again. We played well at that tournament, taking first place. However, after playing at a high level during the first two matches, we were poor in the third. Unfortunately, we didn't have the right mentality for that game. The coaches have had to make conclusions.

The team has changed around 70%. All of the lines are different, with a minimum of two or three new players. We are continuing to look at different players, and recently, we were at the women's youth championship.

Our goal for these friendly matches are to see what these players are made of and how they follow the tactics in place. At the Novogorsk competition in December, we will have our main roster ahead of the World Championship.