Interviews before the senior national team's game with Finland 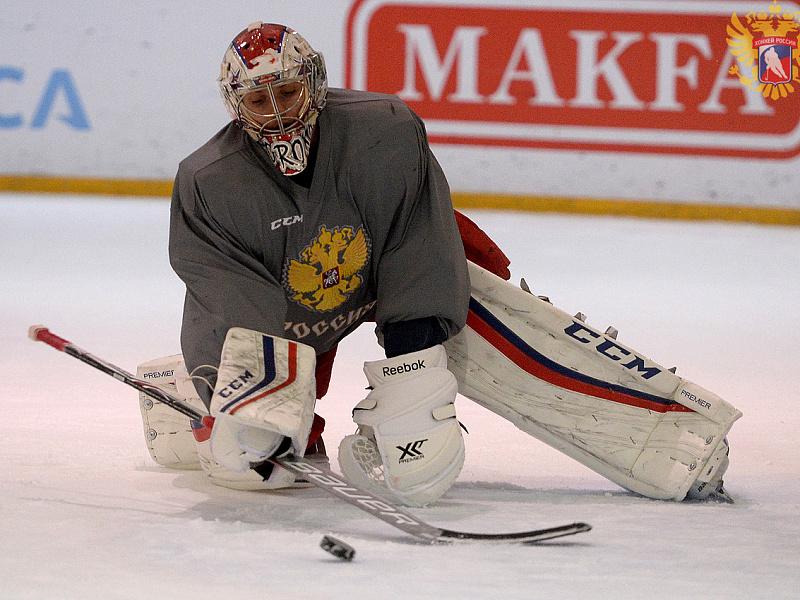 - Ilya Sorokin will play in net tomorrow. It's a logical decision, he has more experience at this level. He played in the Euro Hockey Tour last year.

- How good is Igor Shestyorkin? Many think that any goaltender can become a star in SKA.

- I like to stay away from the word star. Also, I don't agree that any goalkeeper would play well in Saint Petersburg. Both Igor Shestyorkin and Mikko Koskinen have a lot of work, even when the teams wins with a large score. Both are doing great. It's more difficult when the opposing team don't have many chances.

- It seemed as though Vasily Demchenko didn't expect to be called up.

- We are following all of our players. It's great that more and more young Russian netminders are playing in the KHL. Vasily Demchenko had a poor spell last season too, but this call up should give him belief. Two years ago, Ilya Sorokin had the same situation, but his performance at the Karjala Cup helped him gain a spot on CSKA Moscow's team. It's important for the guys to know that we are watching them.

- I feel as I usually do. We're preparing for the match. People look at me differently than last season? I simply try and play my game.

- In comparison to last season, what has changed for you?

- There are some goaltending issues that I am working on in order to improve.

- As a goalkeeper, what's the most difficult thing that you face against Finland?

- I don't look that deeply into who we play against. The main thing is to do my job well. Finland have good, strong players.

- Despite not being called up for the first time, I wouldn't say that I feel like the team's leader. Yes, there are less nerves that before, but I still have them. Is the system here similar to the one in my club? Yes, everything's comfortable.

- Tomorrow, will you focus on defending or attacking?

- Before the game, the coaches will give us the game plan which we will stick to.