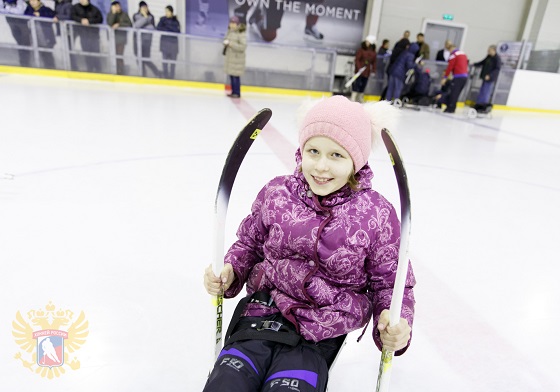 The sledge-hockey league's organisers want players between 5 and 12 to be able to train for free in Moscow. Last week, the first public training took place at the Morozovo ice rink. That was part of the Ice Hockey Without Barriers project, meant to create new sledge-hockey youth teams around Russia. Lots of children were present at the event.

Executive director of the children's sledge-hockey league Anastasia Baradachyova noted that sledge-hockey is an expensive sport, and as a result, the majority of parents with disabled children can not afford to let them compete in the sport. However, with the support of partners, the league is now able to make this happen. Thanks to the support of the Elena and Gennady Timchenko charity, children were allowed to take part for free.

The RIHF and CCM have assisted youth sledge-hockey with the problem of the lack of equipment.