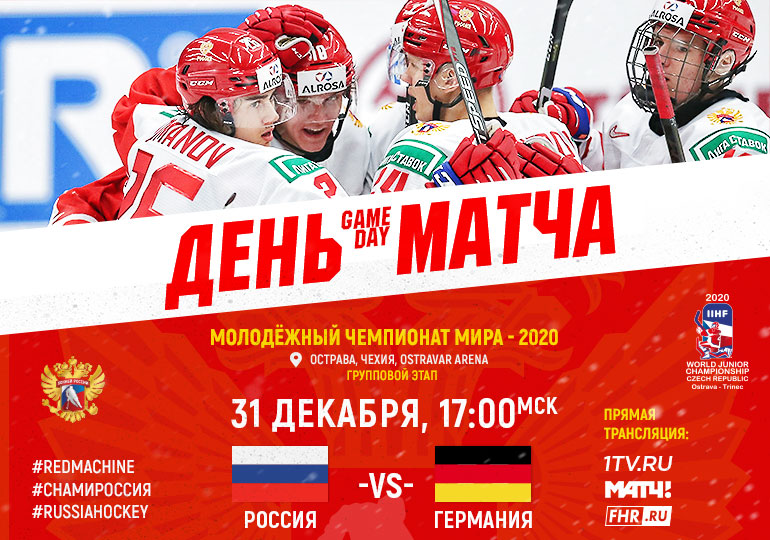 Main
The under 20 Russian national team will face Germany in the concluding group stage match of the 2020 IIHF World Junior Championship.

Initially, Russia began the Group B campaign with a narrow 3:4 loss to the Czech hosts, before thrashing Canada 6:0 in the second. However, in the third game, our players conceded a disappointing 1:3 loss to the Americans which means that they now have to defeat Germamy in order to qualify for the knockout stage.

Germany, for their part, did lose 3:6 against the Americans in their maiden game, but they then defeated the Czech Republic 4:3. The Germans were beaten 1:4 by Canada in their previous match.

Nikita Rtishchev is suspended for this match.